Singapore Science Park (SSP) is a technology and development centre located in the liveliest tech hub in Singapore. As one of the most prestigious Research & Development (R&D) addresses in Southeast Asia, SSP is home to over 350 laboratories, MNCs, as well as global leading tech companies. We always strive to expand our community, both through infrastructure development and through the arrival of new community members, who bring with them new ideas and energy into this place we call home.

Located within the Greater one-north, SSP is also part of the vibrant community together with notable neighbours: 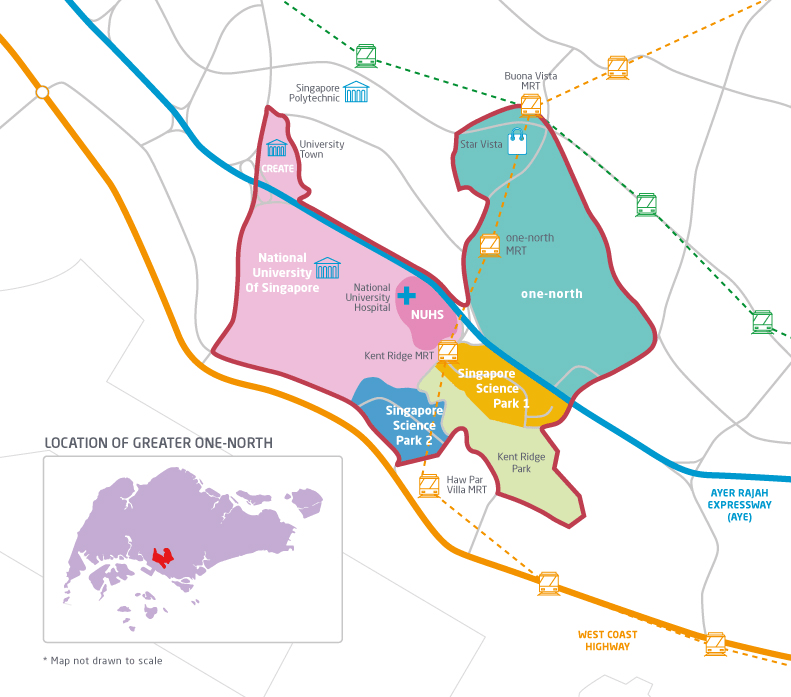 A mere 15-minute drive from Singapore’s CBD, the park is immersed in lush greenery that can take one’s mind off the endless bustle of city life. Here, you will find the ideal business space that blends nature with urbanity. It is our vision to establish the setting for talents to come together and form partnerships.

Conceptualised in the 1970s, Singapore Science Park was envisioned as the forefront of the Research & Development scene in Singapore.

As the growing nation recognised her need to move towards higher value-added industries, in particular scientific R&D, the founding fathers of SSP became invested in the idea of bringing R&D work beyond the scope of research institutions.

The park is built on an idea where science, innovation, and technology would be seamlessly integrated together. The park drew its inspiration from similar parks in Japan, Taiwan, South Korea and England, and modeled after R&D complexes at Standford University and Massachusetts Institute of Technology.

In September 1979, the park officially became part of the Jurong Town Corporation (JTC) master plan for the 1980s and the location of the park near the University of Singapore (now NUS) at Kent Ridge was determined to facilitate interaction between industry and academia.

Developed in the 1980s, Singapore Science Park aimed to provide R&D organisations and companies with an environment conducive for their work.

In 1981, the plan to develop SSP was put into motion with the construction along Ayer Rajah Road with a land area of 30-hectare.

Det Norske Veritas (DNV) became the first tenant in 1982, and other firms began moving in from the following year, upon the completion of the ‘Faraday’ and ‘Flemming’ starter blocks (named after prominent scientists).

SSP was officially opened on 17 January 1984 by the then-Law Minister, E. W. Barker, with the attendance of Crown Prince Harald of Norway.

The 1990s witnessed the completion of SSP1 as well as the planning for SSP2, turning SSP into the leading facility for R&D in the region.

In April 1990, a subsidiary of the JTC, Technology Park Pte Ltd (now CapitaLand) took over the management of SSP.

To match the rise in demand for R&D spaces in Singapore, the master plan for SSP2 was released in 1992. In October 1993, development commenced on the 20-hectare SSP2, and welcomed its first tenant – the Institute of Microelectronics in 1994.

In 2000, an announcement was made to expand SSP2 to a new plot of land, equivalent to 15-hectare.

With the completion of The Capricorn in 2001, SSP2 was fully developed as a science park that could rival leading international R&D facilities. By 2002, both SSP1 and SSP2 were home to a total of 270 organisations and companies, from different sectors and industries such as information technology, chemical engineering, electronics, life sciences and telecommunications.

The Galen, the first building on the SSP2's expanded plot was completed on 29 June 2003, followed by The Kendall in 2009.


In 2007, an announcement was made in conjunction with SSP's 25th anniversary in R&D innovations, that the park would be getting its first facelift which would commence in three phases over ten years. CINTECH IV was the first building to be completed in the redevelopment plan in 2009.

In 2014, a new road leading into Science Park Drive from the AYE Expressway via Normanton park, was opened to improve the accessibility into the park.

In 2015, Sparkle, a two-storey amenities development located between The Aries and The Gemini, was built to offer more F&B options and create a more vibrant and convenient working environment in SSP2.

By 2019, with the makeover of SSP1, buildings such as Pasteur, Pascal, Mendel, Maxell, Fleming and Faraday were demolished to make space for new developments such as DNV, DSO, Ascent and 5 Science Park Drive for the R&D companies as well as to improve access to greenery and recreational facilities.

On 17 October 2019, an announcement was made to set up Singapore's largest 5G smart estate trial at SSP, a partnership between CapitaLand, NavInfo DataTech and TPG Telecom. This allows partners to develop and testbed 5G-enabled Cellular Vehicle-to-Everything (C-V2X) technologies for intelligent mobility solutions in the park.

By 2020, a full coverage 5G network has been set up across SSP, in support of Singapore's first 5G smart estate use-case, featuring even higher speeds and data capacity transmissions while reducing network latency by up to 10 times.

On 28 October 2020, The Smart Urban Co-Innovation Lab, Southeast Asia’s first industry-led lab for smart cities solutions development, initiated by CapitaLand and supported by the Infocomm Media Development Authority (IMDA) and Enterprise Singapore (ESG), was officially opened by the Minister for Communications and Information, Mr S Iswaran. The lab, located at The Galen, is a living lab for the industry and public to discover, develop, test and deploy new smart city products, services and solutions at the 5G-enabled SSP.

To this day,  SSP is home to an exclusive community of over 12,000 and is committed to bringing our community members an environment where they can flourish even more. 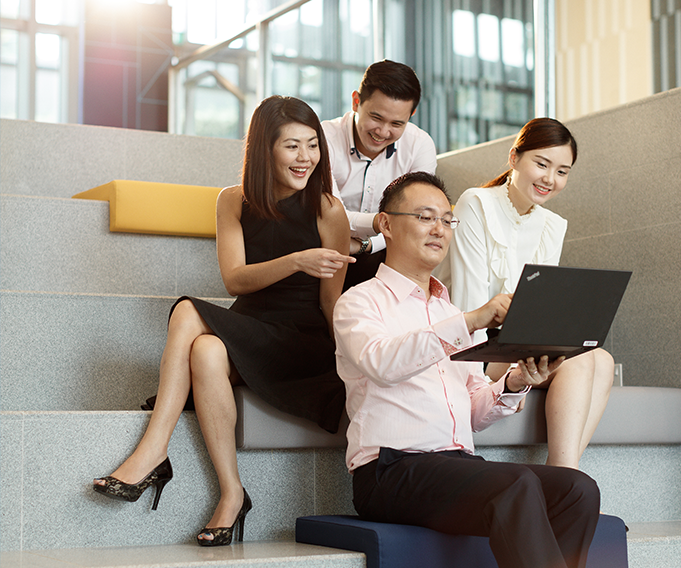 Because workplace can mean inspiration

Consisting of SSP1 and SSP2 within an exclusive area of 55-hectare, SSP takes pride in how it has redefined the concept of workspace for its community.

Visit and discover the hidden charm of our unique architectures and landscapes, the pleasure from our broad selection of amenities, or the excitement from a work environment bursting with energy.

The SSP logo is inspired by the Singapore dot, here portrayed as the structure of an atom to represent discovery, science, innovation, and dynamism. The three interlocking ovals represent partnership, diversity, and connectivity. The layers altogether construct a dynamic identity, which reflects our commitment to creating communities, igniting ideas in Singapore Science Park.

This machine-fun pillbox, now laid to sleep in Pasir Panjang and at the foot of SSP2, is one of the last remaining concrete military relics from World War II. According to history, it was used by the 1st Malaya Brigade to defend Singapore's Southern coast from the Japanese 18th Division troops.

Take a stroll around both SSP1 & 2 and you can easily clock in 8,000 steps – close to what recommended daily! While you are at it, we hear that 5 Science Park Drive and the entry point to SSP2 have some particularly good photo spots that are Instagram-worthy!

How Old is Singapore science park?

With a history of almost 40 years since the first tenant moved in in 1984, SSP is interspersed with a mixture of nostalgic and new buildings each with distinct traits, telling of each decade. One such cluster can be located at SSP1, where buildings take on the last names of famous scientists - James Chadwick, Marie Curie, and Henry Cavendish, to name a few.

With the progress of the rejuvenation plans, look forward to an even more vibrant SSP as time goes by.

Let us take you on a tour